Task
The 2014 Winter Olympics will be held from Feb. 7-23 in Sochi, Russia. As a class, we will following the
events and news from the Olympics very closely.  To help us do this, each student will be responsible for researching an Olympic event and updating the class on the results.

Steps
1. Choose an Olympic event to research or an aspect of Russian culture, history, or
geography.
2. Generate a series questions about your topic, focusing on the athletes (international & Canadian), history of the sport, its different
components, the venue, athletic skills needed, predictions, etc...
3. Access several sources of information to find the answers to your questions.
4. Create a magazine page using Microsoft Word. Each event page will be added to the class magazine about this year’s
Olympics.
5. During the Sochi Olympics you will also be required to present your event to the class as well as update us on the competition
results. 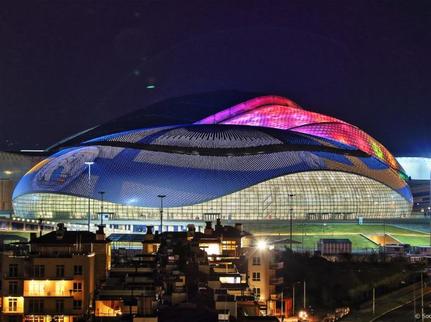 Canadian Olympic Committee
Official site for Canada's Olympic team in Sochi
Sochi 2014
Official Olympic site
CBC Olympics
CBC's Official website for up to the
minute Olympic coverage.
Olympic.org
The official
website of the Olympic Movement.
Beginners Guide to the Olympics
A short video that explains
what it takes to plan and host an Olympics and the role of the
International Olympic Committee.
Assignments
Sports Article Template
If you're looking for help
designing your magazine page, you can use this template.
Olympic Values
Learn about the Olympic motto
"Swifter, Higher, Stronger" and then create your own personal motto based on
beliefs that are important to you.